As you know, HTML (Hyper Text Markup Language) generates the simplest code for websites.  This tool allows you to structure different blocks on the page and place texts, drawings, tables, lists, etc. HTML does not use logical functions, but it allows you to create and post information on the pages. Browsers, that support standard commands (tags and attributes) of this language work and output them to the user in a certain form, work with HTML.

HTML contains hundreds of so-called tags or descriptors.  Each tag uses certain rules and has properties that determine its display on the page.

The developer is familiar with the elements of the hypertext mark-up language and prescribes all the necessary blocks when he or she create web resources using HTML.

HTML is the base on which the entire Internet is built.  All other tools are add-ons and allow you to add functionality that is more complex. 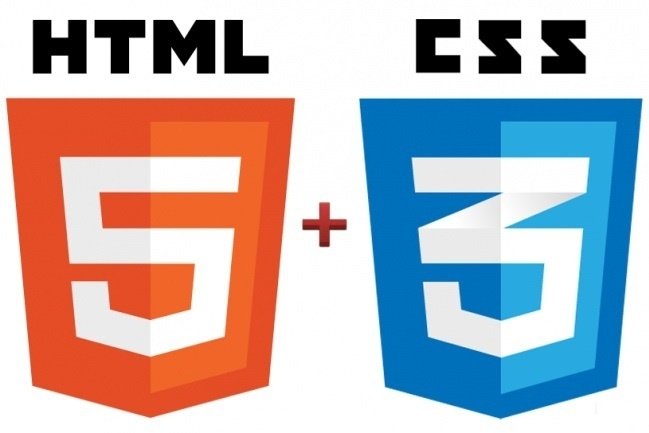 HTML5 is a modern version of the hypertext mark-up language, which has received a number of additions and new features.  The working group of its developers includes representatives of such giants of the IT-sphere, as Google, Apple, IBM, and Microsoft.

Many experts do not consider HTML5 as a continuation of the development of HTML, but as a new open software platform that is used to create web interfaces that use text and multimedia tools (video, graphics, audio recordings and other elements).  At the same time, the fifth version preserves the backward compatibility and the code is easy to read for users.

CSS (Cascading Style Sheets), which is a good addition to HTML, is a cascading style charts that describes the features of a web document based on hypertext mark-up tools. CSS is used to visualize web pages.  In this way, HTML defines the structure of the resource, and style sheets determine how it looks.

CSS is responsible for the attractiveness and design of the pages.  This technology allows you to make everything correct. You will understand from its name that it works with styles (colours, fonts, forms, etc.)

CSS can be used not only in mark-up languages of ​​HTML and XHTML, but also work in XML format (including SVG and HUL documents).

CSS3 is the third version of the table of cascading styles, which greatly expanded the capabilities of previous generations.  The peculiarity of CSS3 is that with its help you can create animated elements without the help of JS.  It includes support for various gradients and shadows, uses new forms of smoothing, and so on.

What gives a connection of HTML5 + CSS3

Using the set of technologies HTML5 + CSS3 opens a huge arsenal of software for developers, with which it became much easier to create comfortable, stylish, modern and functional web resources.

If these tools were used for development, they will accelerate the loading of pages and bring a number of attractive innovations.  CSS3 will allow you to create a unique website design, thanks to the use of a large number of visual effects.  What is more important is that you can do without using JavaScript.

The main advantages and disadvantages of HTML5 and CSS3